6 Online Music Documentaries You Should Watch. 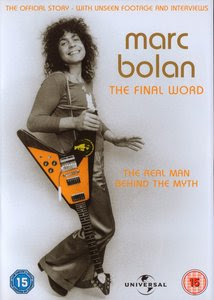 Enigmatic metal band are documented via rare footage, interviews, news reports and contributions from friends with none of the controversy left out.
WATCH HERE

MADNESS: TAKE IT OR LEAVE IT 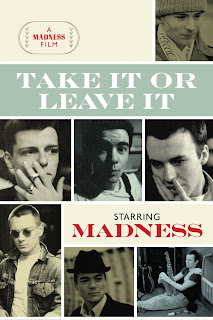 Autobiographical depiction of the band from their beginnings as pub band The Invaders to their eventual chart success and global stardom. Featuring live gig clips and a selection of Madness hits. Fans of the band will love it.
WATCH HERE

CRASS: THERE IS NO AUTHORITY BUT YOURSELF

THE STONE ROSES: MADE OF STONE 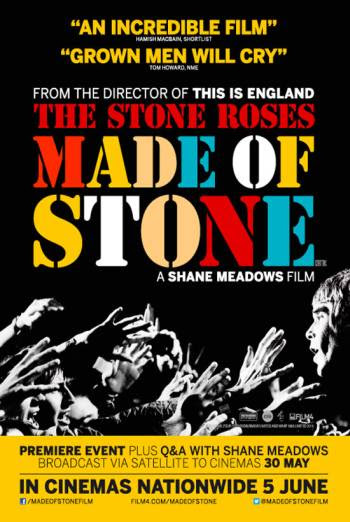 With previously unseen footage Made Of Stone is a fascinating journey through the life of one of the  most influential and innovative bands in the history of British music as they prepare for their 2012 reunion tour culminating in a triumphant homecoming Manchester performance in front of 75,000 fans.
WATCH HERE

Posted by The Morbid Romantic at 4:59 pm No comments: 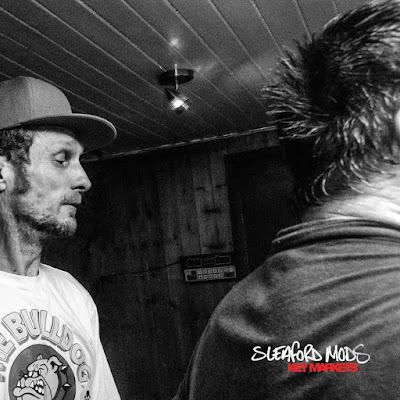 
The deeply perceptive outrage of a skilled social commentator

The socially conscious observational elegies of Sleaford Mods are hybrid relatives of the descriptive essaying found in the romanticised Englishness of The Kinks...a specific, distinctive style of picturesque lyricism, a huge photo-album of narratives almost, that can be easily viewed and interpreted for what they are. Moments are usually fleeting..but to ensure those fleeting moments remain is where the reputations of good and bad lyricists are built. It's a method of writing popularised in recent years by Ian Dury, Alex Turner and Pete Doherty...as one might update a diary, endless sequels to advancing modernity, triumphs of a past still culturally significant in this ever changing Britain...Today's most relevant of chroniclers, without question, are Nottingham post-punk/hip hop duo Jason Williamson and Andrew Fearn...best known as Sleaford Mods.


Their third album 'proper' Key Markets is as previous two Austerity Dogs (2013) and Divide And Exit (2014) were. Jason Williamson's enraged dystopian monologues are brilliantly precise and show a sharp intellect for discourse...kicking and prodding at the face of a broken society with venomous grammatical zig-zagging. Andrew Fearn's minimal orchestration of strong, low toned bass lines and skeletal discordant beats is what completes that compelling curveball and sets them slightly apart from the rest. Latest single No One's Bothered is a catchy, quick paced, punk driven bluster of exasperated irritation...'You're trapped? Me too! Alienation, No one's bothered!' chants Williamson with swiping sarcasm, above the relentless drumbeat and throbbing bass, in a dig at human behaviours fading sense of connection under capitalism. In another withering analytical jab, this time on the marching swagger of Bronx In A Six he lashes out from the slow handclap of a beat 'You wonder why you've got no mates? You pretend to be proud of your own culture, while simultaneously not giving two fucks about your own culture, what culture? FUCK CULTURE, all you chinny wine tasters die in boxes like the rest of us wasters'. The bone rattling fury inspires such imaginative put-downs you start to wonder if the devil might have breathed a howling demon into his vernacular mouth.


The sashaying groove funk of Silly Me is the laid back, slowest song on the album while Tarantula Deadly Cargo with its post-punk thrum is a fragmented cinematic transition. But its the enraged political conviction of Face To Faces that brings out his best, and most frenzied bout of uncompromising vitriolic wordsmithery yet....'‘Nick Clegg wants another chance. Really? This daylight robbery is now so fucking hateful. It’s accepted by the vast majority..In chains, in our death and in our failure to grab hold of what fucking little we have left we have lost sight, And in the loss of sight we have lost our fucking minds, ALRIGHT??!.... Genius. Pure and utter!

What endears Sleaford Mods to the people is the subject matter of their songs and the fact its real. Most of us can relate to some if not all of what they sing about. The unfussy, no frills pub philosophies, dole que politics and council estate manners. It's that spilled beer and cheap tobacco ambience of dead end destinations where streets are narrow, most roads will lead nowhere...and that very British of traditions to resent the rich and nurture anti-establishment hatred.. alienating us from anyone with power.

They’re not canvassing to be the spokesmen of this generation.. merely voicing their own frustrations and dislikes and if they mirror our own then it shall be a shared mutual distaste that brings us together…nothing more. Jason Williamson will always be an outburst waiting to happen. Andrew Fearn will always let his beats do the talking. Sleaford Mods are the best band in the country.

Written by: Alan Baillie
Published at : Subba Cultcha.
Posted by The Morbid Romantic at 1:04 pm No comments: