To have a band prove you wrong is the greatest education. To base opinion on nothing but assumption and the talk of others is always going to be revealed for the unsubstantial defect it is. But if you’ve enough moral fibre to admit your own idiocy then it may be endearing enough to evoke leniency and save your reputation. Sadly it won’t save you from looking like a dick. Only global dementia can erase the truths of that! The Dull Fudds are the reason behind the proverbial munching of my own words. I anticipated a mountain of scrambled noise and pretentious India shite of little direction - but instead I discover the exact opposite to be the truth. Debut effort GIBBERISH is a drawer of randomness being emptied into a cupboard stacked with radical invention which, theoretically, should never have the capacity to untangle from such jig sawed carnage and flex itself into anything remotely linked to musical resonance. But where many “established” dudes tried, failed horribly and instead decided to swagger around some low maintenance genre, shedding their credibility like the moulting dogs they now are, The Dull Fudds remained true to the idiosyncrasies they were born with and have unfurled an album of work more than capable of holding its own out there, and should fear the presence of nothing when taking their place among the great and the good.

Their music is an intercontinental theatre, a wander through sub-genres and ones of their own invention ( if ever there existed a tea dance for the unorthodox then this would be the album they‘d stick on for the kaleidoscopic shimmy waltz every Thursday, if you please) and conjures up a variety of ambient imagery as if hauling different coloured rabbits from the same hat, and it’s all done without any visible seam or stumbled effort. . I’ve had the title track repeating itself in my head at a rate that would trouble schizophrenics. This band are currently doing things differently and if that’s not reason enough to celebrate them then I don’t know what is. The song writing perception, and distinctively amazing vocal deliveries of Katie Forbes, are as skilful as they are wittingly off-hand. What seems whimsical is actually forward thinking acts of catchy musical nous. A multi layered hybrid of cleverness with expansive reach and high-brow depths. Credit also to their drummer - listen how tightly and disciplined he provides the beat, trust me it wont be as easy as he makes it appear. And when did a flute ever fit into a guitar/bass/drums vehicle without being asked to leave - and actually contribute an atmosphere that wouldn’t exist without it? Right here, the cheek of it! Damn them for proving me gloriously wrong, but when they become hugely popular I’ll just pretend I never liked them in the first place.

Posted by The Morbid Romantic at 11:25 am No comments: 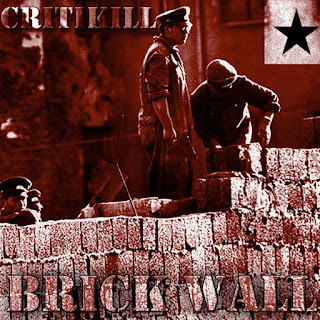 The DIY aesthetics may remain but any other resemblance to the rabid, mainstream-raping weaponry of Malcolm McLarens cultural ‘hype-into-art’ revolution of the 70’s has been lost in punk’s generational adjustments. His gifted nous for marketable notoriety will always be the exact point from where punk’s wide-eyed liberators were kick-started but it’s continuing growth as a powerful musical force is down to bands just like this. Their recent album ‘ Brick Wall’ is a flawless preservation of that culture. Gritty street punk anthems with back-biting lyrical venom and steel-edged vitriol stretched across the dissident battlefields and glorious shitholes of genuine brawlers Opening track ‘Brick Wall’ begins with probing guitar and stop/start build up before opening up into a frenzied guitar/drums noise symphony complete with muscular lead vocal delivery and catchy chant-along ‘wooahhhhh’ harmonies. The more immediate energy of songs like the speed-ball paced ‘Death By Innocence’ and hard-nosed ‘Clenched Fist’ with it’s brilliant change of direction midway for the volleying ‘fuck you, fuck you’ before re-adjusting the pace for its guttural ending are ferociously sharp examples of punk’s modern day sounds. The desolation in heartache brings the stand-out brilliance of stirring lament ‘A Call To The Gathering’, the patriotically drenched tribute begins with the atmospheric sound of solitary bagpipes before bleeding into a commanding guitar/lead vocal of blistering emotion before grinding to a halt with the same solitary bagpipe it began with. Made by punk rock’s natural craftsmen rather than forced into guessed shapes at the hands of inexperienced hammers, Critikill have made an aggressively brilliant record that’s as composed as it is lawless. An innocently timeless piece of work…that carries a big stick.

Posted by The Morbid Romantic at 4:50 am No comments: 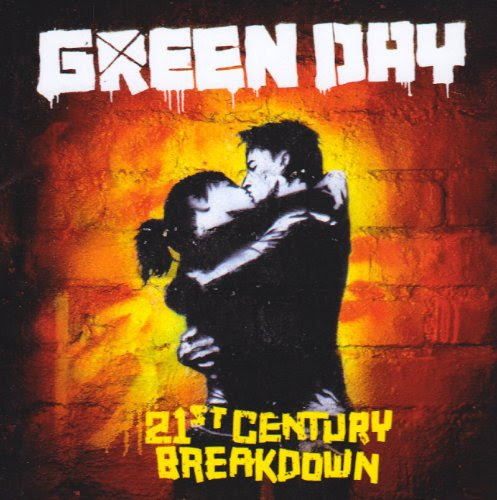 The continuation of development

When their major label debut album “Dookie” was released in 1994 it went on to sell over 10 million, won a Grammy Award, and it seemed the whole world had fallen in love with the audacious, 3 chord pop/punk songs of America’s new brats on the block. Billie Joe Armstrong’s discontent with the life around him revealed itself in lyrics of swiping satire and vitriol which fuelled the inner exasperation of likeminded youths keen to elect a standard bearer as the voice of their generation. But further releases - Insomniac, Nimrod and Warning failed to build on the anticipation of greatness “Dookie” conjured up. In fact, had it not been for the acoustic ballad “Good Riddance (Time Of Your Life)” Nimrod may never have achieved the double platinum success it did. But just when it seemed Green Day were running on empty they returned with the 2004 masterpiece “American Idiot” and saved their musical lives. A concept album which contained within the hopes and the dreams of America and revealed a much matured level of song writing from Armstrong. Once again the world danced to their tunes, sat up and listened to what they had to say and seemed to gift the band with a new spirit. Such runaway success though can become its very own achilles heel and living up to the brilliance of a predecessor (as Dookie proved) can be an almost impossible thing to do.

But, with stunning new album, “21st Century Breakdown” Green Day have not only lived up to the reputation “American Idiot” brought, they’ve surpassed it effortlessly and proved it was no fluke. It’s an epic excursion brimming with the confidence of a band who have finally found their feet and are existing at a level they’ve naturally evolved to. Divided into three parts “Heroes and Cons”, “Charlatans and Saints” and “Horseshoes and Hand Grenades” it narrates the story of two runaways, Christian and Gloria, in an eradicated, post Bush America. Conceptually, it’s an album more fully realised than any of its predecessors and boasts a musical range of quite encyclopedic depth in comparison. The raised fist snarls ( Know Your Enemy, Horseshoes and Hand Grenades.) The significant ballads (Last Night On Earth, 21 Guns) and the anthemic contrivance (Viva La Gloria, Murder City) is where you’ll find some of the best examples of Green Day pushing their musical boundaries further than they’ve possibly ever done before and ending up with something to be truly proud of. To imagine bleak romanticism the omnipotence of positive thinking is maybe one way of summing up the parts of this whole record. Whatever anyone considers it to be though it will always remain a truly great and important release of these times.

Posted by The Morbid Romantic at 3:46 am No comments: