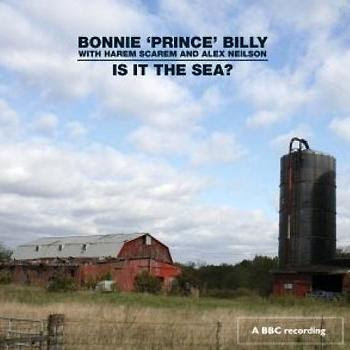 Bonnie Prince Billy
'Is It The Sea?'
(Domino Records)

the genre juggling prince of starkness

Bonnie ‘Prince’ Billy  is the persona of American singer/songwriter Will Oldham. Before adopting this guise Oldham had already carved himself a healthy place in the corridors of musical conscience beginning with the 1993 debut ‘There Is No One What Will Take Care Of You’ then concluding pre Billy, with 1997’s ‘Joya’ album. The birth of current moniker came two years later when first Prince Billy album ‘I See A Darkness’ was released.  The march of this nom de guerre has been such a triumphant one it has brought him to this, his 10th album.

Recorded live in Scotland, Ireland and Newcastle in the spring of 2006 it finds the Bonnie Prince in the company of Edinburgh’s finest Celtic ensemble Harem Scarem who lend some stunning harmonies to the occasion as well as mood enhancing moments of fiddle, flute and banjo. He has also enlisted the wares of UK percussionist Alex Neilson (Jandek. Six Organs Of Admittance. Isobel Campbell) as reliable provider of the beat. With such  talented personnel in his employment known for making incredibly good music in their own right anyway, not to mention it being tailor made for the purposes of a Prince Billy song, the transition from record to live performance is a beautiful and mystical thing to witness. His impressive back catalogue is dipped into, quite rightly, in a generous but sympathetic way.  Within the haunting atmospherics of this though, they seem to stir the passion in a different way. Certainly the usually serene like ‘Master And Everyone’ suddenly grows up in front of your eyes and brims with a confidence this setting gifts it. Similar examples of such a coming of age wonder can be heard in ‘Wolf Among Wolves’.  The traditional ‘Molly Bawn’ is quite possibly the stand out track though, thanks mainly to the presence Eilidh Shaw (Harem Scarem)  brings.This is definitely his most sympathetic embrace of the mainstream. The songs are more accessible in this guise of folk driven storytelling. But whichever way he decides to go will never be at the expense of a compromise but rather an extended invitation to new friends.

Posted by The Morbid Romantic at 3:38 am No comments: 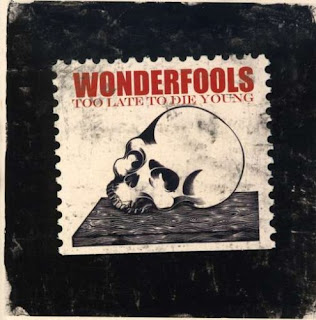 I had some rather towering hopes for this album based on nothing but the design of it’s front cover which I do remain quite impressed with.. Sadly my one dimensional premise was as depthless and incorrect as it quite rightly deserved to be and the expectations I idiotically built around something as contradictory as a record cover are smashed. Tragically, the front image may just shade it when it comes to what’s good about this album.

There was a very specific brand of wishy washy rock music that rambled across areas of the 80’s both here and in other parts of Europe. It had very little to say for itself and never accomplished much in its life outwith being piped around a supermarket or quietly soothing the inhabitants of elevators. Familiar with the genre I speak of? That is what the greater majority of this record seems to be fashioned with. It’s all very faceless and  soul-less with no real direction or purpose. Everything just collides with itself and limps around making very little sense. A half hearted emergence of sound which seems to have been generated by crossing soft rock with pop is possibly the foundations on which the rest has been piled. The songs are not identical to one another but I sure think they all share the same father! A common thread snakes through the heart of everything - but again it serves little purpose and loses the plot very early on.

I really have dug deep, three times, in the search for something I can come away with that will maybe paper over the cracks that extend the length of this record but there is a terrible lack of anything  better than slightly bland. Wonderfools really wont set the world on fire with this. It’s a great shame but this album will very quickly disappear from view and it’s highly unlikely to feel daylight on it’s impressive front cover ever again.

http://www.thewonderfools.com/
Posted by The Morbid Romantic at 3:27 pm No comments:

When the punks go marching in

Livingston stalwarts OVERSPILL are without a doubt far too good to be an opening slot band, but the choice, I think, was theirs. Its members have been in various bands over the years including the very brilliant SKROTEEZ and THE EXPLOITED. Their line-up includes two front men - and it really works! Tonight they were ferociously brilliant. The fire in their belly’s rage a lot stronger than numerous bands I could mention. They are criminally underrated. The torrential pounding of ‘Death By Viagra’ had a rhapsodic effect on the crowd who proclaimed their appreciation with hedonic moshpits! A spectacular rendition of Billy Connolly’s ‘Sergeant Where’s Mine?’ was mighty! Through songs like ‘Soapbox’, ‘Schemescene’ and ‘Blue Blood’ they contributed a hard-hitting,  meaningful beginning to tonight.

Next up ISSUES OF MORALITY, who were only 5 gigs old tonight, included a new bass player making his debut for the band. The assured confidence they seem to have in their songs and each other is a distinct weapon in their resolute onstage armour and tenacious execution of who they are. Opening with ‘This Is War’, a monolithic anti-war challenge presented upon a meaty guitar/drum mandate, filled this venue potently. The political apathy of  ‘None Of Us Are Innocent’ and  truly brilliant acidic sneer that is inherent on ‘King For A Day’ are the intrinsic values of just how good this band are. Further crowd pleasers were ‘United States Of Terror’ and the flailing attack of ‘Genocide’. A grinding, top speed cover of Bon Jovi’s ‘Dead Or Alive’ to finish ensure ISSUES OF MORALITY will always be capable disturbers of the peace.

Headliners HAPPY SPASTICS played an immense set. Their front man Bones was on  prime form leading his band through a  hard-hitting 30 minutes of raw, unblended punk rock. First song ‘War’ spiralled the crowd into circuits of frenzied pogoing which continued throughout the imposing brilliance of ‘Fuck The Polis’ and the rapid, breakneck serving of ‘USA’. The unleashing of ‘G8’ was an astounding  rendering of energy, vigour and proficiency from a band who have only recently re-formed and include only one original member between them. ‘Drunk Punx’ sounded immaculate and propelled further delectation into those gathered to witness. To finish they chose ‘Tube Disasters’ rather than ‘Beasty Priest’ ( their best song in my opinion) but it was still a formidable performance and it’s great to have them back on the live circuit.

Posted by The Morbid Romantic at 11:11 pm No comments: