I am delighted to have been invited to attend this years event - and of course I'll be off down that London like the proverbial bullet. Taking place on December 2 at renowned London music venue The Roundhouse, the events are the best way to celebrate the achievements of the last 12 months, network, and share lessons learned. Regarded as the best networking event for the music festival industry, the UK Festival Awards attracts over 1,000 people to enjoy a whole day of business and fun. Comprising an expanded conference, awards show including delicious three-course meal, free drinks and much more, the UK Festival Awards and Conference is the best way to round off your season and start the next one with success!

It is the only event which brings the leaders of the contemporary music festival industry together for a day of debate, networking and information-sharing. Incisive panel discussions will present the latest thinking and business insight as well as the chance to review the year’s achievements and challenges.

For all info visit http://www.festivalawards.com/
Posted by The Morbid Romantic at 12:29 pm No comments: 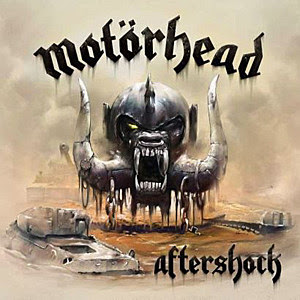 On Oct 21st, 2013 Motörhead will deliver their 21st studio album,"AFTERSHOCK" Recorded at NRG Studios in North Hollywood,it is a true leveller, a crushing confirmation of everything Motörhead stands for, marching from the dust storm to deliver 14 belting statements which see Motörhead in perhaps their best writing form for years. There’s swagger, there’s punch, there’s speed and there’s dirty filthy grooves, Lemmy Kilmister, Phil Campbell and Mikkey Dee showing clearly that Motörhead is not simply a band, it’s a genre!

“Steal it if you must, buy it if you can!” says Lemmy, who’s pride in the album is so immense that guests to his home and dressing room in the last couple of months have been treated to extremely loud airings of the rough mixes, while Phil Campbell adds, “I really think the variation on the album shows that we’ve dug deep and produced some of our best work for a long time.”

http://www.imotorhead.com/
Posted by The Morbid Romantic at 6:35 pm No comments:

Email ThisBlogThis!Share to TwitterShare to FacebookShare to Pinterest
Labels: tiny paragraphs of news

The new album from Dexys (Midnight Runners) 'One Day I'm Going To Soar' was released this week. Thanks to the generosity of the good folk at Missing Piece Group you can listen to the complete album on the sound cloud player below.

Posted by The Morbid Romantic at 3:38 pm No comments:

The Tragedy Of Celebrity Crossovers: Stars Of The Bargain Bin.

Mr T serves up some advice to America's children via a series of belligerent  rap-stylee songs brimming with specifics and carefully penned lyrics of educational intent and moral instruction. Listen with utter bewilderment as he gruffly barks out an endless volley of backbiting threats and warnings in a woe-betide manner in an attempt to rattle the kids into terrified compliance. When Mr T raps out unhinged venom  like...'if you break the rules, god help you fool' in a no nonsense tone you can almost hear the traumatised gasps of a thousand children...NOT! This is wild hardcore cheese grating gangsta rap straight from the grumpy/impatient underground beats genre...with none of that jibba jabba!
WATCH AND LISTEN HERE

The biggest slice of face filling surreal cake you've ever been served up since the perplexing mountain of gob stuffing sponge buns that tumbled from the 'Clint Eastwood Sings Cowboys' album and shut your mouth forever.  Leonard 'Mr Spock' Nimoy launches the unprovoked and viciously damaging mind-karate assault upon the entirety of the world - a musical version of the bullying tactics favoured by crazed loons such as Idi Amin and Sadam Hussein - the outcome is less bloody of course, but the initial attack is no less damaging Feast your eyes and ears upon it and be forever impressed with his skilled use of double-edged versatility as he effortlessly brings 'cringing akwardness' and ' fucking horrendousness' together at the same time.
WATCH AND LISTEN HERE 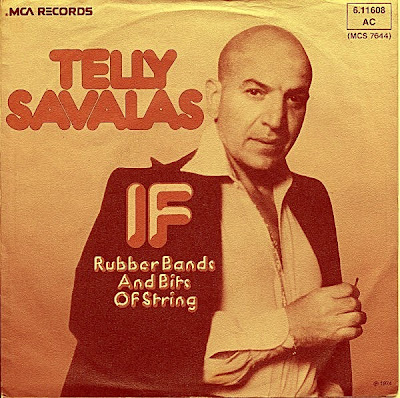 Best known for his role as Kojak the bald, lollipop munching 1970's New York detective - and best forgotten for this wearisome clutter of monotonous trash. - Telly Savalas piggy backing on the strength of his popularity, covers the classic Bread song 'If'..by merely speaking it....The abrasive rasp of his gritty American drawl was once the sound that caused a million female hearts to flutter and skip - allegedly - and they were no doubt the target being aimed at here. With an orchestral arrangement behind him that was clearly made of cheese the desired effect was lost amid the sheer unhinged craziness of it all. A masterpiece  of sheer brilliance and majestic greatness...said nobody ever!
WATCH AND LISTEN HERE 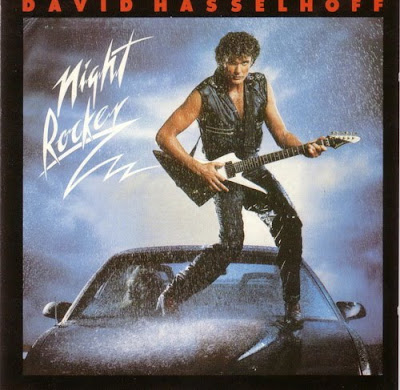 See - we tolerated the celebrity crossover thing - smiled at some of it - even considered some efforts to be a little bit endearing. We made no attempt to step in because we believed it would all fizzle itself out and come to nothing - it's just a fad they said - it'll soon blow over they said - what harm can happen they said.
Fuck Off!
WATCH AND LISTEN HERE

Patrick Swayze
She's Like The Wind
(1987)
The handsome man that all the women fell in love with and fantasised that maybe one day they too might 'dirty dance' with the sexy devil! Had he left things there everything would have been just lovely, but no. The greedy bastard wanted more, so much more, and those paid to agree with him....agreed with him. Cashing in on his Dirty Dancing popularity as if 'shameless' was a description yet to be invented. Swayze unleashed this superficial vomit bomb upon the people and earned himself a new title...CUNT. Wade through the diabolical lyrical ocean of sickly treacle and syrup nonsense like the million calorie sugar lava explosion below...and be assured, it gets no better
Feel your breath on my face.
Your body close to me
Can't look in your eyes
You're out of my league
Just a fool to believe

Posted by The Morbid Romantic at 7:08 pm No comments: