The first in a series of visits to Bandcamp in search of music you may not yet have heard. To kick things off I picked out 8 albums from Scotland. Enjoy!

BALLBOY
'I WORKED ON THE SHIPS'
CLICK TO PLAY ALBUM

TAKING CHASE
'TOO MANY STORIES'
CLICK TO PLAY ALBUM

4 PAST MIDNIGHT
'GUILTY AS CHARGED'
CLICK TO PLAY ALBUM

DAWN OF THE REPLICANTS
'BUST THE TRUNK'
CLICK TO PLAY ALBUM

If you enjoyed any of the music then please purchase the album. Your cash (minus a Bandcamp revenue share on sales) goes directly to the bands own paypal account which hopefully will eventually cover their expenses and finance their next recording. Thank you.

Posted by The Morbid Romantic at 2:55 am No comments:

Email ThisBlogThis!Share to TwitterShare to FacebookShare to Pinterest
Labels: Bandcamp

Another pulled from my bottomless pit of archived material is this review from October 2009.

Ending his most productive year since going solo, with an album of b-sides. Of course it’s Morrissey, nobody else could get away with it


The quality of Morrissey’s song writing is such that even something he considers worthy of nothing more than flipside fodder is usually better than what many other artists would be hard pushed to write as an A-side. Superfluous? Never! This is actually a better album than his Greatest Hits collection because it consists of lesser heard material, almost as good as an album of new songs really. Pulled from the back of the 13 hit singles his last 3 albums (You Are The Quarry, Ringleader Of The Tormentors, Years Of Refusal) generated, Swords is, all things considered, a fruitful offering.There is brilliance (Munich Air Disaster 1958, Teenage Dad On His Estate, The Never Played Symphonies) and there is the inspired ( Children In Pieces, Because Of My Poor Education, Don’t Make Fun Of Daddy’s Voice, My Life Is A Succession Of People Saying Goodbye) A congregation of B-sides that could outstrip the best shots of the opposition with luxurious ease.Early copies of the album also include a bonus live disc of 8 songs recorded at one of his gigs in Warsaw last year.

MORRISSEY HOMEPAGE
Posted by The Morbid Romantic at 12:29 am No comments: 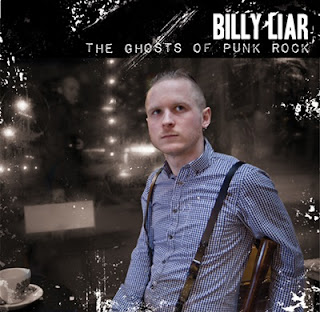 Cultural geography recounted with uncluttered realism and a hand on heart narrative in chapters and lines from the debris of devout emotional sincerity, Billy Liar has an incredible sense of dynamics upon which his bottomless pit of frustrations can be unfurled. It’s his natural aesthetic this folky/punk/country doom method of lyrical expressionism that captures  every lurching mood swing within the simplistic frame of a man and his guitar. He can move from melancholic to jubilant as seamlessly as human nature does, and though the instrumentation he employs is sparse it heaves with a sturdy uppercut of sound when merged with the words he writes. Opening track ‘Change’ is possibly his greatest summing up of exasperation so far, a seriously melodic creation, beginning with the volleying echo of the chorus thundering out of the silence it opens up into catchy greatness with the added enhancement of skilled jack of all trades - Ed Ache (I.C.H, The Domestics) punk’s virtuous layman and personification of versatility -   whose background contribution seeps through to the foreground and brings added depth to every corner this song stretches to. The finger pointing swipe aimed in the general direction of blandness and those who saunter in jaded comfort zones offering up nothing but tired re-runs of former glories pours from him in floods of vitriolic rhyme as he furiously muses  ‘I want to see your blood spilt on the stage, I want to hear your heart beat through the PA, I want to hear true adolescent rage, I want to be inspired, I want to see something change!’  The title track pays homage to The Exploited, a personal tribute to the band who inspired him most, he name-checks former members Gary ’Savage’ McCormack and John ‘Big John’ Duncan from amid the cheerless squalor of a ‘windowless kitchen of a Tolcross flat’ and the equally drab ‘basement tenement flat’ before moving onto a ‘crowded bar’ where he philosophises with Wattie Buchan and finishes by reminding us, with endearingly fierce fan loyalty that ‘it was him that wrote Army Life, not you!’

Profound reflection unearths the romance in grime through a series of poetic bursts and a cantering acoustic soundtrack on ‘The Difference’ with its utopian flow through city streets where ‘beggars sleep’ and there is ‘romance in the rooftops, beauty in the billboards’, the simple, everyday things that sit below the radar of today’s peace and quiet merchants who scramble to the countryside because they ‘long for the trees, the hills and the mountaintop’ is, he casually declares; ‘the difference between you and me’. Last track ‘Leaving Town’ is a wistful ballad for the lonely hearts and languishes somewhere between a sorrowful Johnny Cash malady and the self inflicted crown of thorns lament of the lost public bar serenader who croons about leaving town and ‘never coming back’. A poignant tale that carries enough emotional ammunition to leave its mark long after the last chord has been played. Billy Liar earns his stripes in the real places among the real emotions, the tough graft and long hours of empty gigs and loneliest nights where self doubt snaps the backbone of self belief and pulls every last twitching sinew of self worth from your shattered remains before holding up what’s left in front of the people, and the people laugh and the people cheer and the people forget you ever existed. But living in that misanthropic wilderness of society is where he flourishes best - so fuck mainstream acceptance anyway, eh!

Posted by The Morbid Romantic at 11:49 pm No comments: