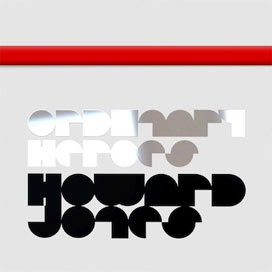 Howard Jones brought freshness to the jaded music of the 80’s when it was floundering in a sterile wilderness of its own making. His 1983 debut single “New Song” was the inventive synth/pop/new wave masterpiece that oozed vibrancy and promised new musical direction. His proficiency as a songwriter was undeniable and he quickly became the progressive standard bearer of those times. However, true to its own fickle ways, music began snaking in many different directions and, as happens to many artists, Howard Jones was no longer the preferred flavour. But he’s never gone away and has continued making music and has toured Europe and Australia as well as extensive UK dates.

New album “Ordinary Heroes” reveals further depth to his song writing, a now matured mindset produces deeper thinking lyrics and clearer versatility, musically, than ever before. If you’re expecting more synth based 80’s nostalgia then you’ll be looking at the wrong ,man, his creativity was always way too expansive to remain seated in the past. Strings, piano, drums, bass and vocals have all been utilised here and the results are incredibly impressive. There’s infectious radio friendly compositions, intelligent chord progression and intuitive arrangements at every angle. Remember when he arrived 26 years ago and defined music? He just may do it again.

Posted by The Morbid Romantic at 10:24 pm No comments: